As members of POWER METRO (an interfaith social justice organization), we will join with students, parents, community activists, and faith leaders from different traditions to converge on the steps of the State Capitol for POWER’s “Educational Apartheid” Day of Action to demand quality education for our children.

One of Pennsylvania’s chief moral crises is the racial bias inherent in the distribution of state education money. ​​POWER is dedicated to pursuing ​fair funding for Pennsylvania schools so that all people have equal educational opportunities.
Last summer, over 300 people of faith and education advocates from POWER congregations and allied organizations converged at the State Capitol to demand that Pennsylvania adopt a full, fair formula to fund the state’s public schools. We celebrated the win as our demands were heard and the bi-partisan Basic Education Funding formula was adopted. However, we acknowledge that there is still a need for the formula to be applied to ALL education funding, not just new funding.
​ ​

We cannot consider this battle won when school districts with a majority of black and brown students receive approximately $4,000 less per student than school districts with a majority of white students. The impact of the state’s neglect has resulted in diminished opportunities for minority students throughout the Commonwealth. Despite this glaring crisis, the Senate Education Committee Chairman, Senator John Eichelberger, has refused repeated requests to hold public hearings on this issue.

​On Wednesday, June 21st, we’ll gather at the Capitol and call on the state legislature to fulfill the promise of the POWER-supported funding formula by running
​all education dollars through the new formula. We ask you to join us
on June 21st at the State Capitol in Harrisburg ​

(501 N 3rd St. Harrisburg, PA) for the “Education Apartheid Day of Action” to urge Senator Eichelberger to hold public hearings and allow testimony from students and school leaders throughout Pennsylvania on the devastating impact of the state’s inequitable funding system.

We ask you to join us as we stand in solidarity with one another and continue demanding fair and fully funded education for Pennsylvania’s public school students.

A POWER bus will likely be available, or Havurah members will carpool together. Please contact Peggy or Rabbi Simcha to let us know if you can join us! 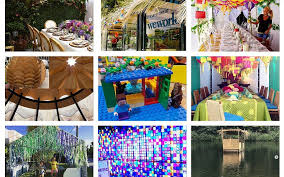