“Final Sale: the End of Jewish-Owned Businesses in Nazi Berlin” offers a detailed portrait of many of the thousands of Jewish-owned businesses that were closed or taken over by non-Jewish Germans after the Nazis took power in Germany in 1933. The focus on a limited number of companies of varying sizes and economic branches is revealing in many ways. Clearly, Jewish businesses were a vibrant and diverse part of the general German economy before the Third Reich. Once the Nazis took power, the pressure to sell or emigrate, including legal persecution, became stronger over time, and impossible to resist after Kristallnacht on November 9-10, 1938. Eventually, all Jewish businesses were closed, sold—usually at far below their actual value—or taken over by non-Jews. Many of the owners were able to emigrate, but others became victims of the deportations to Nazi camps.

By viewing this history of discrimination and state-sanctioned theft of private property, visitors will gain a better understanding of the ways that civil society and human decency can be subverted in a short period of time.

This exhibit is appropriate for grades 4 through 12 and supplements the New Jersey Holocaust and Genocide Mandate.

DATES AND TIMES AVAILABLE FOR SCHEDULING SCHOOL GROUPS: Monday, November 16, 2015 through Friday, December 18, 2015, 8:30am-3:30pm. Every effort will be made to provide trained exhibit guides. See the attached flyers for more information about the event and to schedule tours. 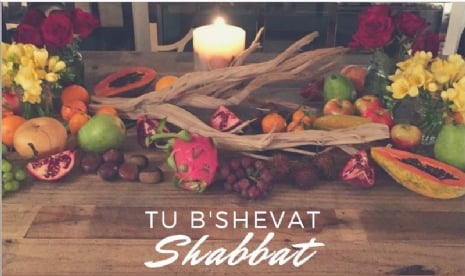 Join us on Zoom for an intergenerational experience of  ritual, music and prayer to bring in that Shabbat feeling after a long week! This is a sweet time to see END_OF_DOCUMENT_TOKEN_TO_BE_REPLACED
7:30 pm Wine and Wisdom
Wine and Wisdom
Feb 12 @ 7:30 pm – 8:30 pm

Or tea and wisdom…or dessert and wisdom…in other words the wine is less important the wisdom, but since wine often goes with Shabbat, bring your glass along, or a hot END_OF_DOCUMENT_TOKEN_TO_BE_REPLACED
Feb
14
Sun
7:00 pm Open Leadership Team Meeting @ via Zoom
Open Leadership Team Meeting @ via Zoom
Feb 14 @ 7:00 pm – 9:00 pm
All Havurah members are welcome to join the monthly leadership team meeting which is held on the first Wednesday of each month. Please join us to share your ideas and END_OF_DOCUMENT_TOKEN_TO_BE_REPLACED
8:00 pm Anti-Racism: Learn, Listen, and ... @ ZOOM
Anti-Racism: Learn, Listen, and ... @ ZOOM
Feb 14 @ 8:00 pm – 9:00 pm
Our anti-racism group has a new format! A core group of us have become part of the Year of Racial Justice Learning Network through the Reconstructing Judaism movement. We will END_OF_DOCUMENT_TOKEN_TO_BE_REPLACED
View Calendar
Add